Johannesburg, South Africa – 15 August 2022 – nFold was named the winner of a Bronze Stevie® Award in the Company of the Year – Business or Professional Services – Small category in the 19th Annual International Business Awards® today.

The International Business Awards are the world’s premier business awards program. All individuals and organisations worldwide – public and private, for-profit and non-profit, large and small – are eligible to submit nominations. The 2022 IBAs received entries from organisations in 67 nations and territories.

Winners will be celebrated during a gala banquet at the InterContinental London Park Lane Hotel, in London, England, on Saturday, 15 October – the first live IBA awards ceremony since 2019.

More than 3,700 nominations from organisations of all sizes and in virtually every industry were submitted this year for consideration in a wide range of categories, including Company of the Year, Marketing Campaign of the Year, Best New Product or Service of the Year, Startup of the Year, Corporate Social Responsibility Program of the Year, and Executive of the Year, among others. This year’s competition also featured several new categories to recognise organisations’ and individuals’ achievements in social media and thought leadership. 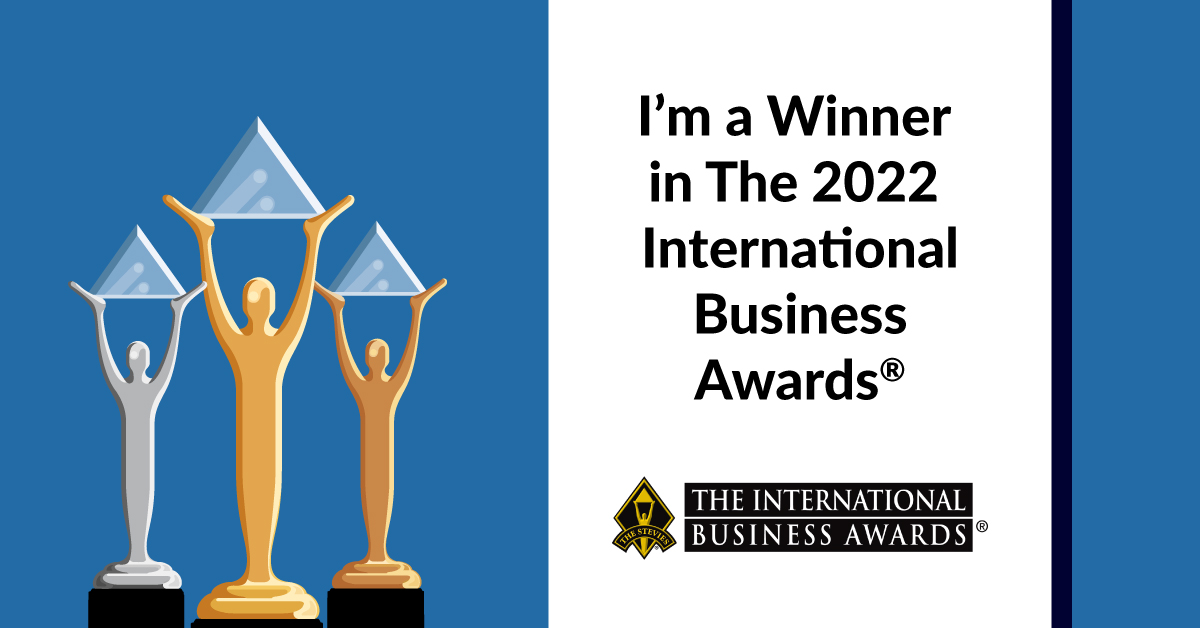 The panel of judges made the following comments during their adjudication of nFold’s entry.

“Being in the field of business and professional services, the services rendered seems to be commendable and the company having the highest ratio of women employees involved is really appreciated.”

“Impressive growth in consultants and client reach. Punches above its weight in terms of scale and impact.”

“nFold has most certainly developed a strong competitive advantage by developing its specialized services.”

“The company has invested on expansion and improvement. Very good results and strategy.”

“Scores high due to their performance and client acquisitions over last 4 years. Also, the growth story is consistent.”

Stevie Award winners were determined by the average scores of more than 300 executives worldwide who participated in the judging process in June and July.

“We’re thrilled that we’re able to return to celebrating Stevie winners in person this year,” said Stevie Awards president Maggie Miller. “This year’s class of honorees are as innovative, adventuresome, persistent, and successful as we’ve ever had. We look forward to celebrating their achievements with them during our 15 October awards banquet in London.”

Details about The International Business Awards and the lists of Stevie Award winners are available at www.StevieAwards.com/IBA.

nFold is a strategic bid and proposal consultancy founded in 2001 with a long history of helping customers win more bids – with less effort. Our experience gained from working across the private and public sectors enables us to consult, educate, and automate in leading organisations of all sizes. Our team consists of bid, proposal, pitch, training, sales, and marketing experts who inspire success – your success. We work with you to make winning simple and repeatable. We are 100% women-owned and operated and the only APMP-authorised training organisation in Africa.

previous
How to win more work
next
Writing a one-page proposal – mission impossible?

Subscribe to our newsletter today to receive tips, invitations to events, and special offers. We respect your privacy. Your information is safe.

We use cookies on our website to give you the most relevant experience by remembering your preferences and repeat visits. By clicking “Accept All”, you consent to the use of all the cookies. However, you may visit "Settings" to provide a controlled consent.
Cookie SettingsAccept All
Manage consent

This website uses cookies to improve your experience while you navigate through the website. Out of these, the cookies that are categorized as necessary are stored on your browser as they are essential for the working of basic functionalities of the website. We also use third-party cookies that help us analyze and understand how you use this website. These cookies will be stored in your browser only with your consent. You also have the option to opt-out of these cookies. But opting out of some of these cookies may affect your browsing experience.
Necessary Always Enabled
Necessary cookies are absolutely essential for the website to function properly. These cookies ensure basic functionalities and security features of the website, anonymously.
Functional
Functional cookies help to perform certain functionalities like sharing the content of the website on social media platforms, collect feedbacks, and other third-party features.
Performance
Performance cookies are used to understand and analyze the key performance indexes of the website which helps in delivering a better user experience for the visitors.
Analytics
Analytical cookies are used to understand how visitors interact with the website. These cookies help provide information on metrics the number of visitors, bounce rate, traffic source, etc.
Advertisement
Advertisement cookies are used to provide visitors with relevant ads and marketing campaigns. These cookies track visitors across websites and collect information to provide customized ads.
Others
Other uncategorized cookies are those that are being analyzed and have not been classified into a category as yet.
SAVE & ACCEPT